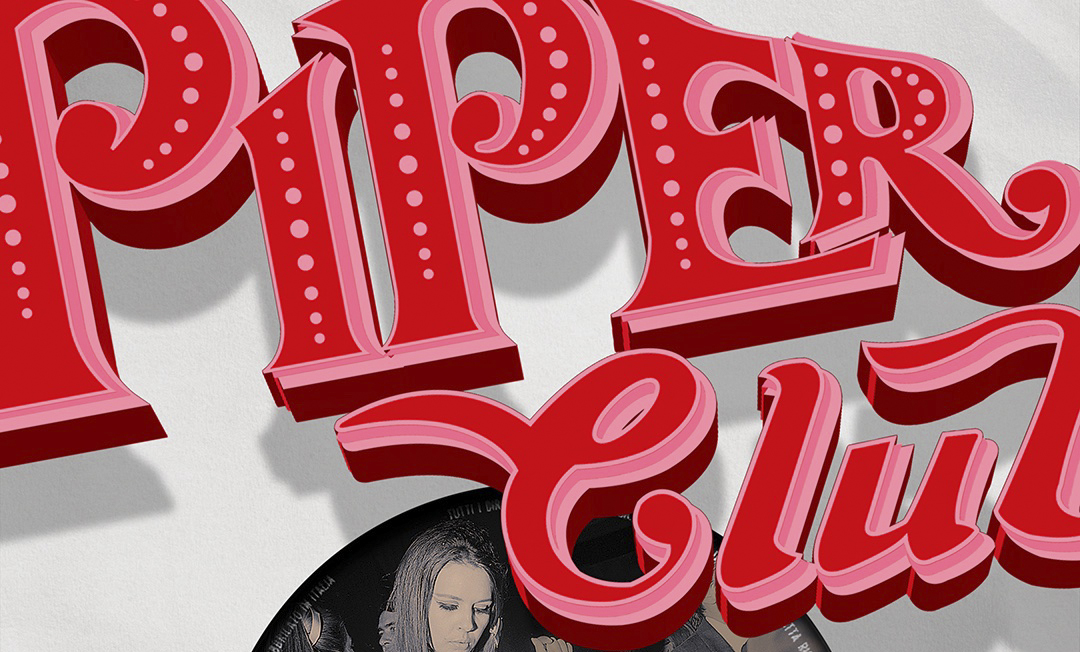 At the beginning of the Sixties, our country is immersed in the boom of the economic miracle and has already known the glories of the Dolce Vita. But 1965 is a truly unforgettable year for young Romans and beyond: on February 17 the Piper Club opens in Rome, a place created and designed to satisfy the desire for transgression and rebellion of the youth of the time.

In the docufilm “Piper Generation. Beat, shake & pop art in the Sixties” – broadcasted on Tuesday July 12 at 10.55 pm on Rai 5 and then on Raiplay – the exclusive testimonies of the protagonists who made the history of the fabulous Roman club: from Giancarlo Capolei of the Capolei Cavalli studio, the designer, accompanied by his son Fabrizio Capolei, to Roberto D’agostino and Mita Medici, from Marina Marfoglia to Tito Schipa Jr. and many others, but also the vintage films of the Teche Rai and the Istituto Luce, with historical images of Patty Pravo, Caterina Caselli, Renato Zero and even Mina and Totò performing at the Piper Club.

In that same club, in June 1965, the Beatles arrived in Italy for the first and only time, while music and fashions are finally changing and Rai broadcasts “Bandiera Gialla” on the radio with Arbore and Boncompagni. These are the years in which divorce is discussed, sex education in schools is proposed and there is talk of legalized abortion. At the Piper in Via Tagliamento, the girls arrive in miniskirts, with leather belts and hair with bangs, while the boys wear low-waisted corduroy trousers, pointed boots and hairstyles, which are inspired by those of the Beatles. The Piper becomes the heart of the so-called Italian Beat, the temple of youth “Ye’-Ye'”, staging all the ensembles of the time, giving them a stage where they can perform and compare with the boys. The Piper Club was the “Big Bang” of Italian “club culture”, becoming the starting point for youth entertainment from the mid-60s, remaining one of the longest-running clubs in Europe to this day.