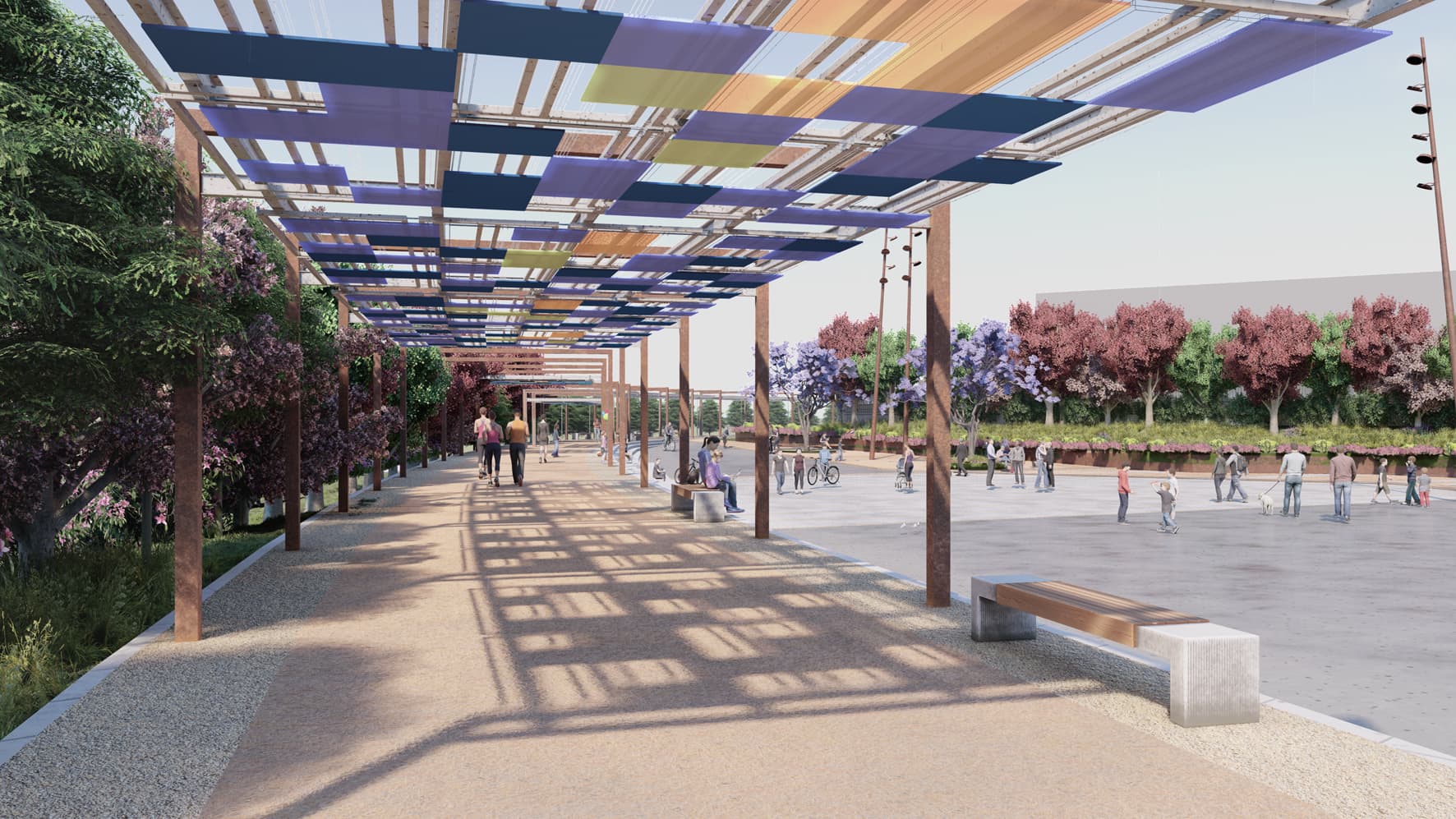 THE CONSTRUCTION OF THE PUBLIC SQUARE IN CORVIALE MOVES ON

Home » THE CONSTRUCTION OF THE PUBLIC SQUARE IN CORVIALE MOVES ON

The intervention is part of the “Corviale” Urban Recovery Program, for the implementation of which it was ratified with D.G.R. Lazio n ° 577 of 16/11/2005 a specific Agreement (“Accordo di Programma”), and it was approved by the “Conferenza dei Servizi” which ended in July. The project area, of ​​approximately 8,250 square meters, is wedged into the existing building fabric, overlooking the Roman countryside. A remarkably inhomogeneous fabric, characterized by the coexistence of the Corviale building (the famous “serpentone”) South of the project site, and a recently built residential area, consisting of 4-5 storey buildings on the North side, on Via Eugenio Maccagnani. The East edge is defined by Via di Poggio Verde, while the West one borders for a large stretch with the Torretta de’ Massimi Nature Reserve.

The outcome of the participatory process and the debate with the Municipality have identified some criteria that have guided the design, including: